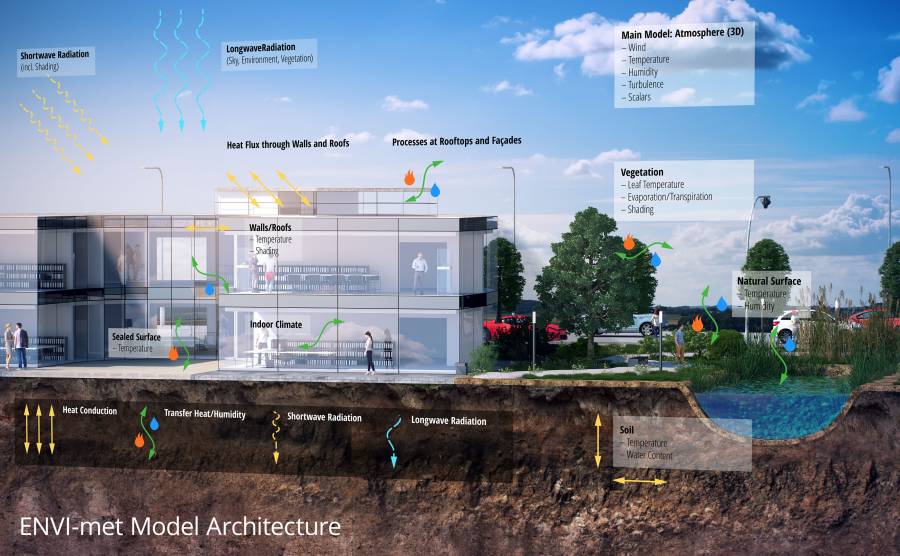 ENVI-met is a holistic three-dimensional non-hydrostatic model for the simulation of surface-plant-air interactions not only limited to, but very often used to simulate urban environments and to asses the effects of green architecture visions. It is designed for microscale with a typical horizontal resolution from 0.5 to 10 m and a typical time frame of 24 to 48 hours with a time step of 1 to 5 seconds. This resolution allows to analyze small-scale interactions between individual buildings, surfaces and plants.

The LITE/TRIAL version of ENVI-met is free and comes along as a complete model including the basic simulation core for non-commercial applications, but is restricted in domian and calculation features. In addition to the free version (“ENVI-met LITE”), there are the BUSINESS Version and SCIENCE Version which include advanced modelling features and the newest simulation techniques. While the LITE version can be downloaded and used freely based on the Creative Commons License BY-NC-SA, the BUSINESS Version and SCIENCE Version need to be licensed and are not free.